The Proper Use of Personas and Lists in Church Communications 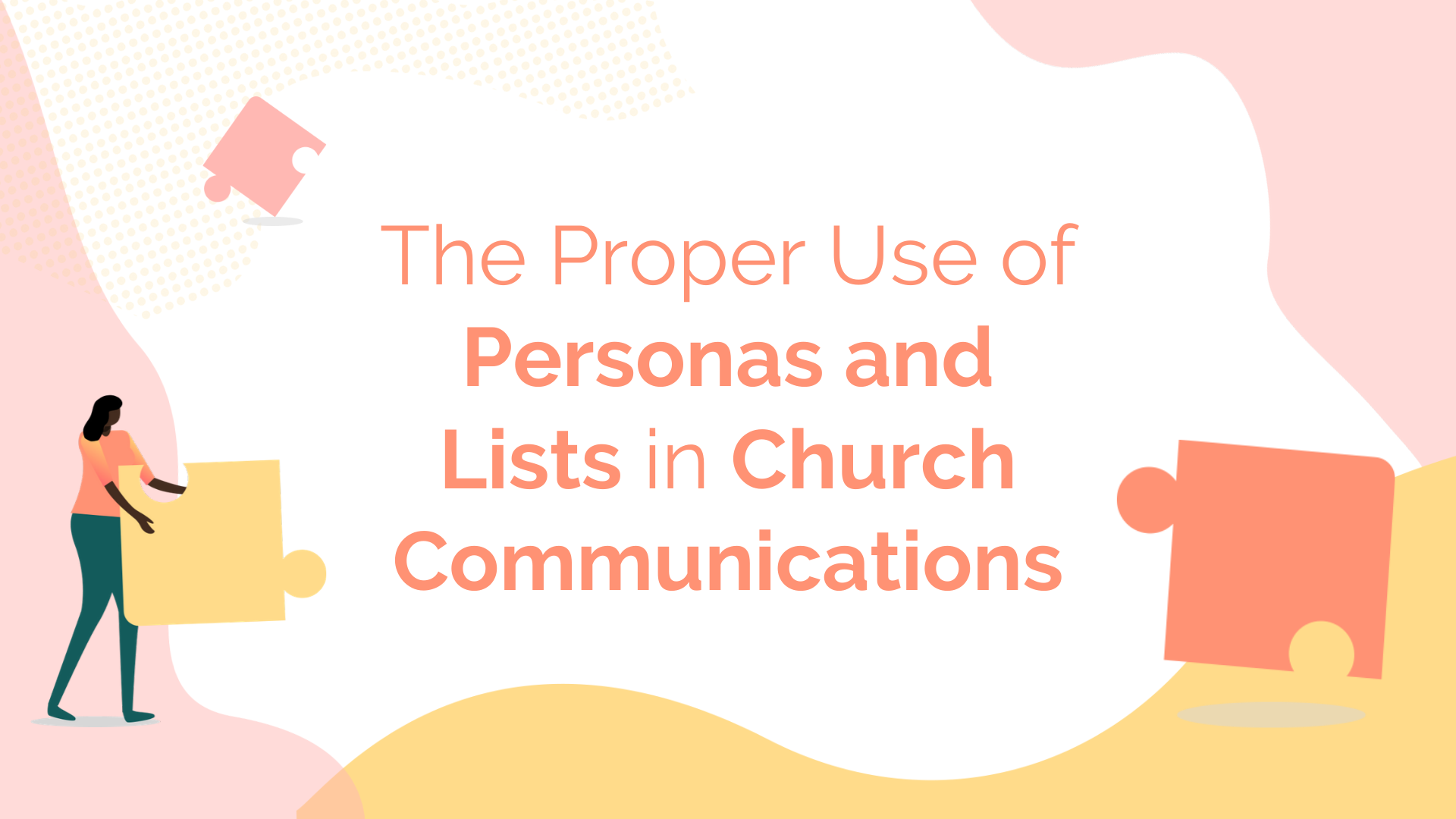 This past Sunday, my church, along with many other congregations, observed Good Shepherd Sunday. While not an official holiday in the Church Year, it has been historically called that because the Fourth Sunday of Easter focuses on Jesus as the Good Shepherd.

The Gospel reading this Sunday was from John 10:1–10, but I want to draw your attention to what Jesus says just a short time later in verse 14.

What a wonderful thing to have a Savior who cares about us so much that He left the glory of heaven and became a human being so that He could live and die for us and our salvation. Jesus is a Savior who really, truly knows us.

We as leaders in the Church are called to follow Christ’s example as a shepherd and care for His flock. In fact, the word pastor is a Latin word that means “shepherd.” As every good pastor will tell you, you can’t care for your flock until you get to know them.

When it comes to communications, to know your flock means to know your audience. This is true regardless of whether you work in a church, school, nonprofit organization, or even in the business world. It is true in any form of communication, whether it is public relations, marketing, advertising, or social media. Until you really know your audience, you can’t connect them with your message.

The Challenge in Church Communications

Unlike those in the business world, most of us in church communications usually start off with a strong connection to our audiences. Not only do we live, work, worship, and study with them, we are them. We need to hear the same message that we are communicating, and that’s where the challenge often appears.

When we are this connected personally with our audience, we can easily assume that our audience’s communication preferences are the same as ours. This can be called the consensus bias, or the false consensus effect. For example, if we spend most of our social media time on Instagram, we will begin to assume that everyone in our audience prefers Instagram as well.

We often do not realize that we’re doing this until it’s too late, which can lead to wasted time, money, and energy, not to mention the frustration of feeling like you’re spinning your wheels. The solution is to focus on getting to know your audiences first, then communicating with them according to their preferences.

I would like to introduce you to two methods that are considered best practices for understanding your audience: persona profiles and audience lists.

Persona profiles, often just referred to as personas, are fictional representations of your audience that describe what your audience is like. You may only have one persona or several, but they represent your audience in a way that focuses your attention and actions on their preferences rather than your own.

Audience lists, which I’ll refer to as simply lists, are groups of actual people in your audience that are dynamically segmented by their specific stated preferences or their known information. You may have dozens or even hundreds of lists (many of which you will use only once), but they help you get the right message to exactly the right people.

Both personas and lists shape the messages you communicate and which platforms you will use to share them. They also both influence which audiences you communicate with and remind you that you are communicating with actual people, not just data points on a computer.

The difference between these two methods is that personas are broad representations of your audience while lists are very specific subgroups of those same people that are based on real information. Personas allow you to group large numbers of people into a small number of personas, while lists can be rather small or very large. Personas are meant to be inclusive (everyone in your audience should be able to fit into one of your personas), while lists are meant to be as exclusive as the criteria requires.

Using Personas in Your Communications

The process of determining personas is directly tied to the mission statement and ministry goals of your congregation. Within your mission statement, who you are trying to reach with the Gospel should be defined. This will most likely be those people in your community, whether they are inside the church or not yet part of the church.

Your ministry goals, which are specific actions done over a set amount of time, also have recipients. These recipients may be stated or implied, but since your goals support your mission statement, these recipients will also be within your larger audience.

Personas narrow your focus down to a few key types of people and allow you to personalize your strategy for those people. They are meant to be general enough that one of your personas can be assigned to everyone in your audience, but specific enough that you can easily articulate what is different about them. In other words, if you were to ask the people in your audience which one of your personas was most like them, they should be able to say without too much trouble.

Personas are most useful when you are determining your overall communications strategy. They should be used for making big decisions about journey maps, messages, platforms, cadence, and regular tactics.

Using Lists in Your Communications

Determining lists is an ongoing process that will be driven by immediate needs rather than the strategic planning process. Your lists will flow from your strategy and will often incorporate your personas but could also be based completely on the individual actions and tactics you are taking.

For example, you may have a list of everyone who subscribes to your emails. That list will probably include individuals who are represented by each of your personas and may regularly be used for general communication, such as a weekly newsletter.

But you may also have a list that is made up of everyone in your “Preschool Mother Maria” persona who has opted in to your emails but has not yet registered their kids for preschool. The email you sent to that list can be written in a much more specific way because you will know exactly who the audience is and what actions you want them to take.

Lists can go beyond email and influence the blog posts you write, the website pages you create, and the social media posts you share, but at the core, they are used to ensure the actions you take are being driven by the strategy, not the other way around.

Now that you understand the difference, how do you get started building your personas and lists? Follow the instructions in this free downloadable worksheet. Just click the button below.

Peter Frank is full-time student at Concordia Seminary who also serves part-time at Concordia Publishing House as the Digital Product Owner. His responsibilities include leading Concordia Technology Solutions (CTS), the church management software division. A graduate of Concordia University Wisconsin, his background in theology, business, and technology gives him a unique perspective on technology in the church. He is married and the father of two young children. 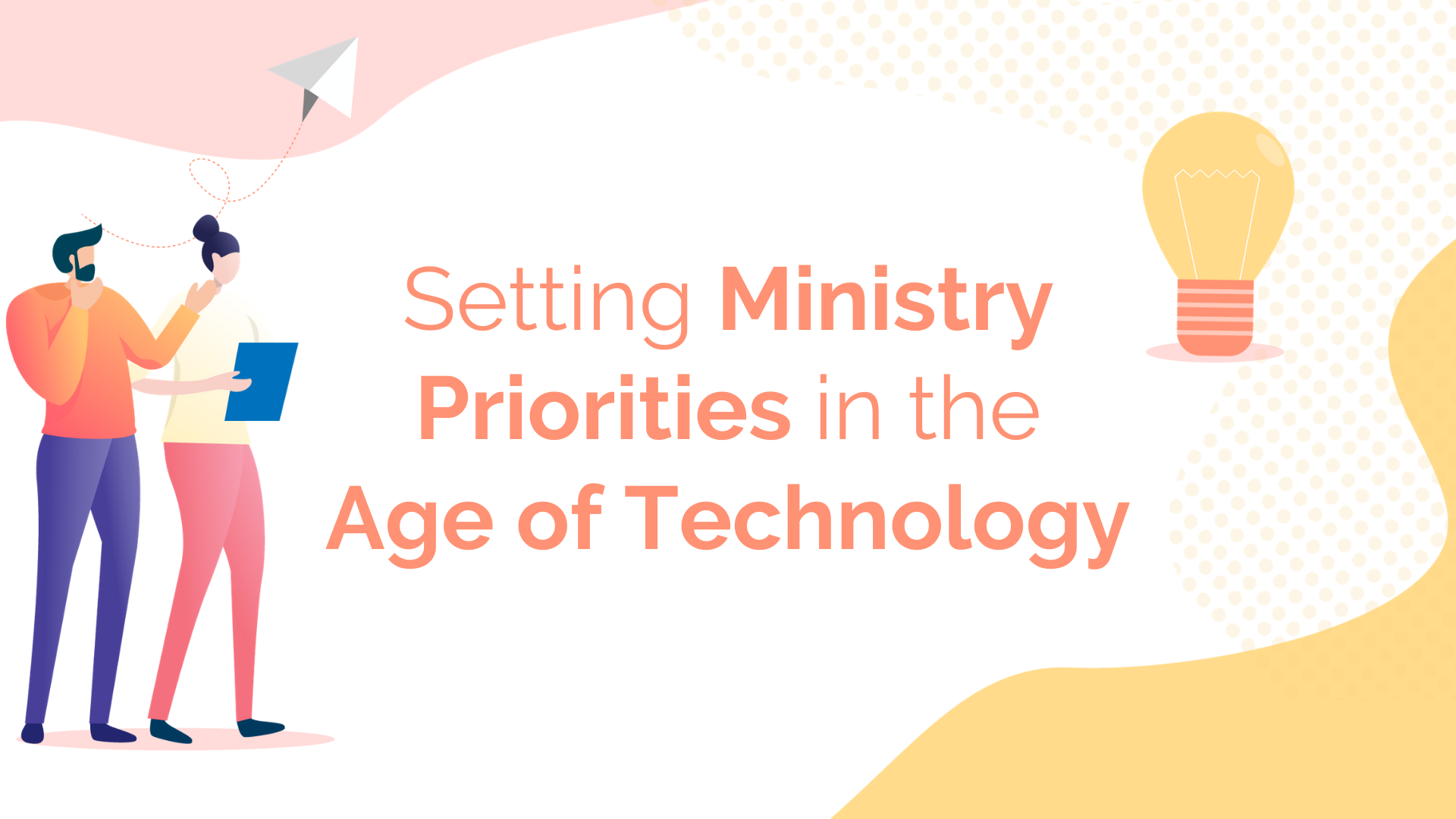 Setting Ministry Priorities in the Age of Technology 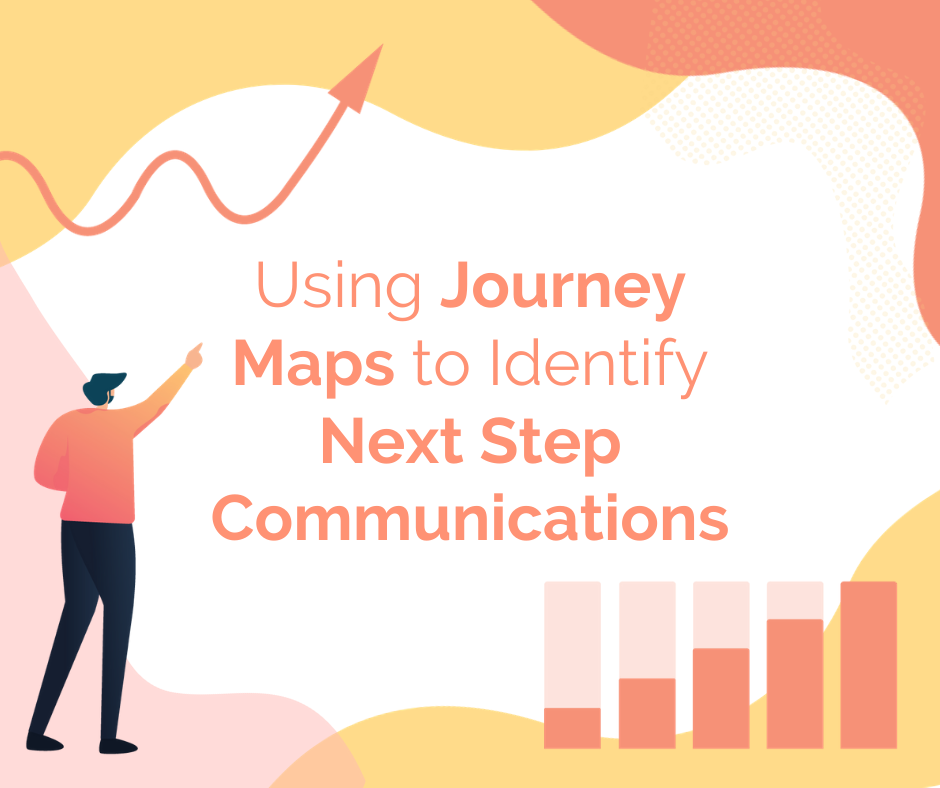