Discover how to leverage technology in your church

Technology should not transform ministry, but rather do the things that people don’t have to do so they can do what they do best. 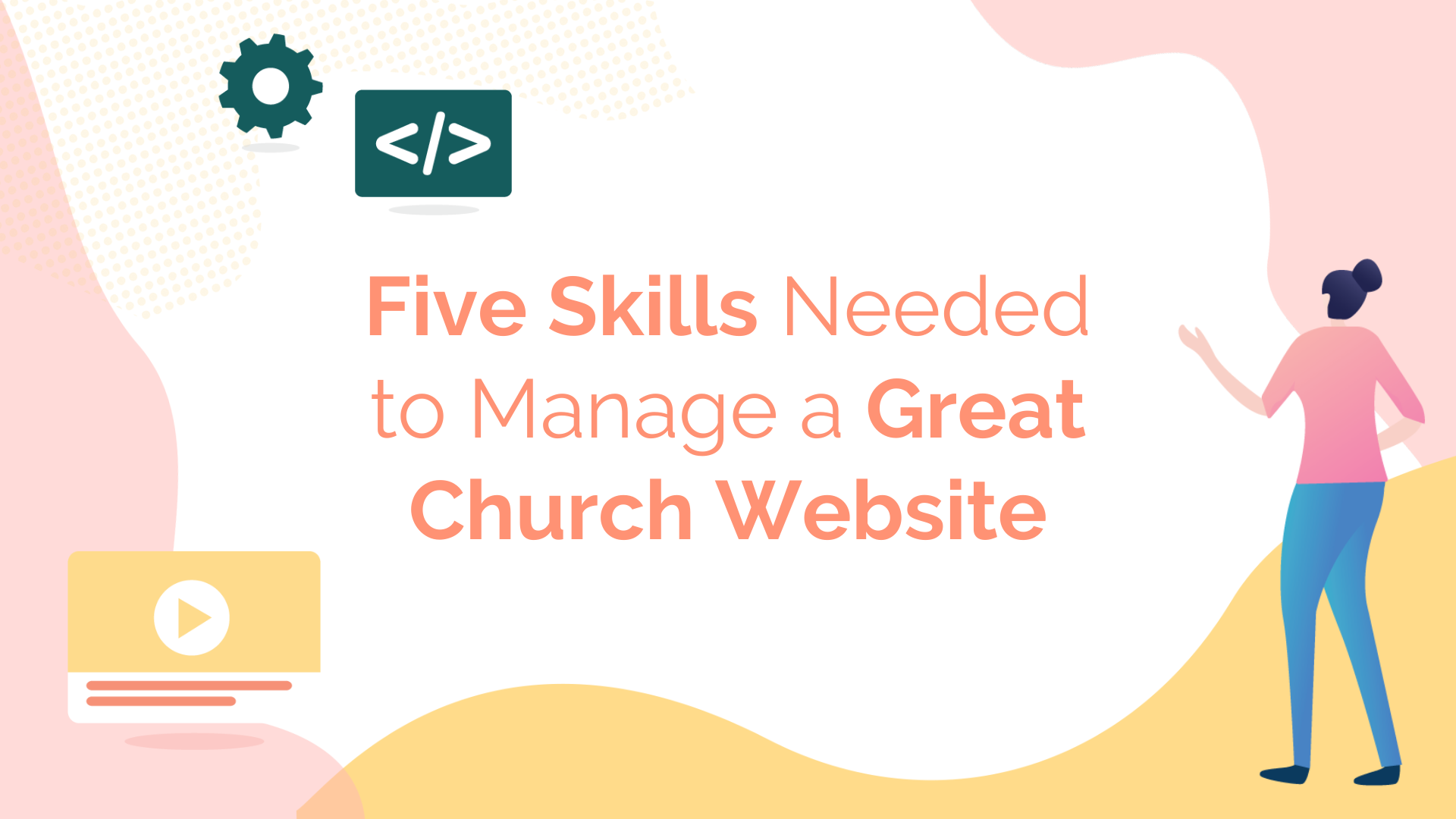 In 1997, back in the dark ages of the internet, I wrote my first website. I wrote it, but I didn’t publish it because, honestly, I didn’t know how. It wasn’t a great website, but I was proud of it.

I wasn’t even a teenager yet, but I was fascinated by computers and especially the internet. Creating a website seemed like a fun challenge, so I did what is almost unheard of now: I went to the library and borrowed a book about how to write Hypertext Markup Language (HTML), the language of the internet.

Building Landing Pages That Help You Achieve Your Goals

In my last post, I laid out what landing pages are and why they are important in communicating to your target audience. I wrote about how the retail industry uses landing pages, and hopefully you did your homework to see how effectively the industry uses them to communicate targeted information to its customers.

Maybe you’re just now considering creating a landing page for your church, or maybe you’re a website designer who’s looking to take your site to a new level. In this first of a series of posts, I’ll help you navigate the basics of landing pages and learn how they can be used for specific opportunities and events for your church.

Sharing the Gospel and the Lutheran Faith on Your Website

Once upon a time, when the web was young and HTML was new, each web page was its own self-contained piece of content. All of the content and formatting that was required for that page was contained on the page itself in the HTML code, and interactive ideas such as JavaScript were mere ideas and not practice. This worked well at first, but then the day came when someone needed to redesign the look of their website. Perhaps colors needed to be changed or a new logo used. Regardless, the whole site had to change, and that meant changing every single page on the site. And no one—literally no one—wants to do that twice.

One of the greatest blessings we have as a church is that we have such amazing ways to share our faith. In the past, information and stories had to be passed down orally. Later on, with the invention of the printing press, books of information could be produced quickly and shared. At the beginning of my lifetime, we still received information primarily from our televisions and in the mail.

Lutheran schools and churches have always gone hand in hand. Martin Luther, all the way back in 1530, wrote “A Sermon on Keeping Children in School,” and he was quite the revolutionary as he called for the education of not only boys but girls as well.

This desire to educate our children was kept by the Saxon (and other) immigrants who would form the Missouri Synod. In Germany, religious instruction was a part of the public school curriculum. In America, however, the public schools were much more secular, or the Christianity that was taught in them was generic and watered down. So in many places, Lutherans established their schools first and then, a few years later, built their church.

We’ve all gotten them . . . the well-meaning envelope trying to notify us about an important upcoming event or to make sure we’re aware of the can’t-miss deal of the century. And you open the envelope (maybe) and pull out the letter and begin reading the message meant uniquely for you. “Dear Sir or Madam . . .”

Spring is in the air, and the church calendar is telling us Easter is almost here. But you’re not worried because you have done all that can possibly be done. The bulletin covers are ready. The Easter egg hunt went off without a hitch. Information about Holy Week has been shared. This year you even coordinated a Lenten video devotional blog for social media followers. You have a strategy for greeters when visitors arrive. Little cards are out to collect visitors’ information. Postcards are ready to be sent out as follow-up. The elders are lined up to make those follow-up calls. And let’s face it—the website was off the charts with all the awesome graphics. YOU KNOCKED IT OUT OF THE PARK! Now it’s time to sit back, pat the team on the back, and watch the strategy unfold. Or is it?

In February 2016, my wife and I welcomed our first child into the world. Two weeks later, we were sent into a panic. My wife had recently started a job with a local hospital on an as-needed status. She had basically gone through training and then been put on maternity leave. Two weeks after the birth of our son, she was asked to come back full time at the end of her leave. This meant we needed to suddenly find day care for our child. To complicate matters, the day care associated with our church had eight children already on its waiting list.